A Sister Project to the Baileys

Today we’re featuring the Buckeye Trail Association (BTA) and its new trailhead project in Shawnee, one that’s parallel in concept and funding to the Baileys. Recently I spoke with the BTA’s Executive Director, Andrew Bashaw, to get an insider’s perspective on this sister project and how the two will work together, promoting outdoor recreation throughout the region as a whole.

The Buckeye Trail Association has overseen Ohio’s beloved Buckeye Trail (BT) for over 60 years, relying largely on local grassroots efforts to maintain this 1,400+ mile system. Unlike the Baileys, the BT is optimized for hikers and backpackers with a loop design that circles the state, including sections running through areas like St. Marys, Medina, and New Straitsville. Currently, the BTA is concentrating its resources in Shawnee– a village in Perry County, Ohio selected for infrastructure improvements and trail renovations. Thanks to grant funding the association recently received, bridges along the Tecumseh Lake loop trail are now being built in order to physically link Shawnee with the Buckeye Trail system, making it an official BT trail town. Once completed, these construction efforts will create a universally accessible trail for the benefit of locals and visitors alike. Bashaw was particularly enthusiastic about this aspect of the project, highlighting how it would add “an awesome community trail for the village of Shawnee,” perhaps previously unknown.

So how does this BTA initiative relate to the Baileys Trail System? Despite their differences at first glance, these two trail projects correlate largely in terms of regional economic development. During our discussion, Bashaw spoke to this relationship: “They are related because they are in one region, one region that’s developing an identity for itself based on outdoor recreation. We need to all realize that mountain bikers hike and hikers mountain bike.” In this sense, the Baileys and BT systems are not “islands,” but rather complementary developments that can work together to boost local economies, drawing a diversity of users from across the country. Outdoor recreation enthusiasts often aren’t tied to just one activity, and persons may be more inclined to extend or repeat their trips to the region if other options are available.

Building the trails themselves is an incredibly important step, however, marketing also has a role to play in regard to these initiatives’ success. In addition to construction facilitation and the new BT Trail Town designation, the majority of grant funding BTA received to put towards Shawnee is allocated for “soft work,” or what Bashaw classified as marketing, research, and development efforts. This is different, somewhat uncharted territory for the BTA, having relied mainly on grassroots fundraising and volunteer investment to lay the trails foot by foot in previous years. But this money for marketing will certainly aid the BTA’s promotion of the Shawnee connector as well as other forthcoming phases of trail development.

Furthermore, this current project is just a small part of BTA’s overall vision for the village, as there are future plans to relocate some additional segments of the Buckeye Trail off roads, which would allow hikers to enjoy a more backcountry experience throughout the Wayne National Forest. Ultimately, these sections will connect together to form into a single backpacking destination over 90 miles in length. 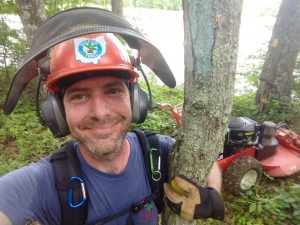 Not only would this be of great recreational value, but it could be a major economic asset to the region, too. “We’ve got all the pieces for an economic engine built off backpacking,”  Bashaw noted, in which businesses and agencies in the region could work together and increasingly attract visitor spending to villages like Shawnee and Chauncey in future years. Additionally, it’s important to note that the Buckeye Trail coincides with the North Country National Scenic Trail (NCT) throughout the Wayne National Forest, including the section through Shawnee as referenced above. The NCT is the longest national scenic trail, covering 4600 miles from North Dakota to Vermont. While the National Park Service and North Country Trail Association manage the trail jointly with the Forest Service, the BTA manages the trail in Ohio.

As BTA Executive Director, Bashaw is mainly involved with the BT’s trail developments in Shawnee, however, he still provides input on trail management for the Baileys, as a member of the Advisory Committee for the Outdoor Recreation Council of Appalachia. He explained how Shawnee is, in some ways, “2-3 steps ahead of Chauncey,” particularly in regard to community improvement and business development. Hence, many of his insights on potential obstacles for the Baileys stem from previous experience. For example, he voiced concerns early on regarding user conflict on the trails, questioning how all users could continue enjoying the system as the amount of mountain bikers continues to increase. “I’m all for an experiment,” he said, but problems begin to arise when designated uses cannot all be accommodated on the same paths.

Another challenge Bashaw sees for this system’s near future is coordinating a volunteer trail management crew. “With 88 miles, it’s perfect to have an entity whose sole purpose is to maintain those 88 miles,” he said, because every day the trails are used, something needs to be improved. Without such a crew in place from the beginning, it could be difficult to recruit volunteers years down the road who haven’t had any input on the development of the trails and now solely must fix the problems. In future blogs, we’ll discuss how our team working on the Baileys plans to address user conflict and volunteer management as the trails expand.

Moving forward, the Baileys could benefit from Shawnee’s example, especially when navigating obstacles like user conflict and organizing volunteer efforts. “If you can do it in Shawnee, you can do it anywhere,” Bashaw said. “As far as business, community, village administration, nonprofits, public land managers go, we’re all working together on something that’s good for the community and for visitors.” He remains optimistic that these sister projects–the Baileys Trail System and Buckeye Trail initiatives–will continue to shift the narrative surrounding public lands, demonstrating how areas like the Wayne can be assets for economic development in rural regions nationwide.

To learn more about the BTA and its history, visit www.buckeyetrail.org. For updates on the Baileys and different partners’ progress on the trails, make sure to follow us on Instagram @baileystrailsystem, on Facebook @BaileysTrails, and Twitter @baileys_trails. And don’t forget to be on the lookout for more blog features coming soon! 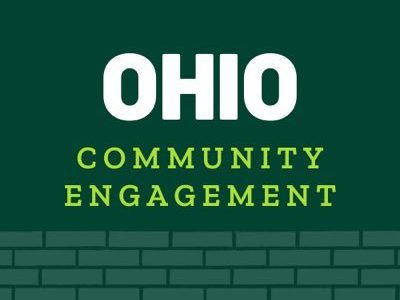 Last summer, three internships were facilitated through Ohio University’s Center for Campus and Community Engagement with the intent to link students with Baileys Trail System projects. According to Ohio University’s […] 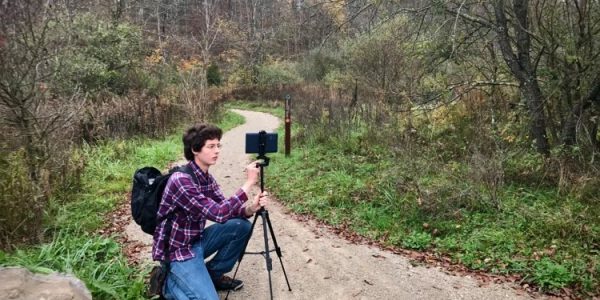 “This is the first time I’ve ever done anything like this. It’s my first professional job. I’m lucky. A lot of people don’t get these opportunities. This job could set […] 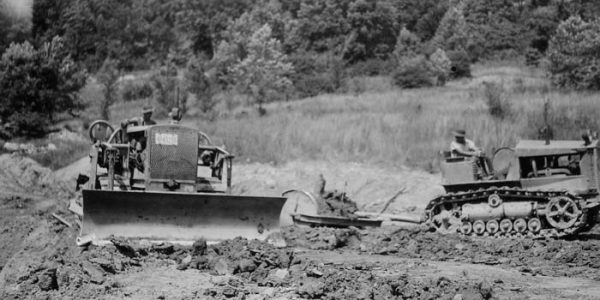